From a Boy to a Man 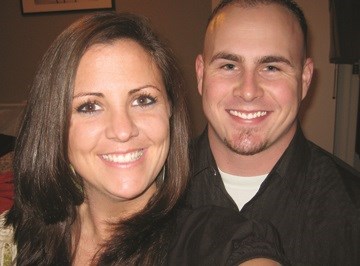 Prepared by everything he learned at Miracle Farm, Sean Gabriel says that Army basic training and a tour of frontline duty in Iraq were made a whole lot easier. It shows how far he has come in a few short years.

Sean came to Miracle Farm as a 15-year-old boy during the summer after his eighth grade year. Legally adopted by his grandparents when he was just a toddler, he was still dealing with suppressed anger toward his biological mother.

“I was just very defiant back then and felt unmotivated when it came to school. I knew my grandparents were looking into military school, but lucky for me, they found Miracle Farm instead,” he explained.

Sean learned pretty quickly that he didn’t have the option to be lazy. “At home, I could do the bare minimum and still get by, but the Farm is so structured, I would fall behind if I slacked off even a little bit.”

Sean continued his school work at Miracle Farm and found himself building fences, welding and roping as part of the program. “I actually enjoyed doing those things and I was good at them, so it kept my attention,” he said. “More than anything, Miracle Farm was just a change of pace for me. It gave me direction for my life.”

Not only that, but it was also a place of healing.

“The campus counselor encouraged me to get deep, which allowed me to see for the first time some of the anger issues I had, but never dealt with. Just having someone to listen and walk through that with me was huge.”

Sean’s house parents, Dean and Debbie Forland, were also instrumental in his change at the Farm.

“The Forlands were such a great influence on me, always ready to talk when I was willing. I love Miracle Farm and I hope someday to have the opportunity to make a difference in someone else’s life the way the Forlands made a difference in mine. My wife and I even discuss the possibility of becoming house parents at the Farm someday.”

“The success of many of the boys at Miracle Farm can be attributed to the dedication of our house parents,” said Miracle Farm Executive Director Alex Hamilton. “It’s the open mind, endless patience, and fresh perspective that allows our house parents the opportunity to get through to many of our boys and really leave an impression.”

“Miracle Farm is where you go to learn about yourself and to learn what kind of person you want to be,” said Sean. “When you leave the Farm, you try to be that person.

“My home life was better because Miracle Farm taught me patience and to look for different approaches to communicate, and to sometimes just keep my mouth shut.”

“After experiencing Miracle Farm, basic training was a walk in the park,” he said. “The Farm truly prepared me for both basic training and my job training in the Reserve.”

Sean met his wife, Megan, after his Army job training and moved to the Dallas-Fort Worth area in the summer of 2009 to be near her. They were married in May 2010, just before Sean left for an 18-month tour in Iraq.

He has now completed his time in Iraq and is home, working as a transportation mechanic at a luxury hotel. He and Megan recently bought a house in Corinth, Texas.

Sean expresses gratitude for his time at Miracle Farm in this way: “Young boys come to the Farm to learn what it means to be a man and if I hadn’t learned that, I wouldn’t be where I am today.”